I have a green card and I have been arrested, what will happen to me?

I have been arrested for DWI/DUI, what happens to my immigration status if I am convicted?

If you are a lawful permanent resident, meaning you already have your green card, and you are convicted of drunk driving you could be barred from a good moral character finding for 3-5 years. This finding is needed for the naturalization process and could significantly delay your case. Additionally, USCIS will not be able to make any final decision on your naturalization case while you are on DWI/DUI probation. If you are convicted of a Felony DWI/DUI it may cause you to be deported instead of subject to good good moral character grounds.

If you are in the United States without status or are undocumented, you will likely be put under an ICE hold and transferred to an ICE detention center. You will most likely have to pay a bond to get out of the ICE Detention Center and removal proceedings will begin to remove you from the United States. A qualified removal defense attorney can help with your Removal Defense procedure, so call 800-528-4044 to discuss your DWI/DUI and Removal Defense cases.

I have been arrested for Assault Family Violence, what happens to my immigration status if I am convicted?

If you hold a green card and you are charged with assault family violence your immigration status could be in jeopardy. An assault conviction could be grounds for removal because it falls under domestic violence and/or crimes involving moral turpitude. Depending on the sentence you receive you may be barred from seeking relief from deportation. It is very important that you speak with a criminal defense attorney who understands these implications on your immigration status.

An assault family violence arrest or conviction as an undocumented immigrant will likely result in an ICE hold where you will be transferred to an ICE detention facility. Similar to a drunk driving arrest, you may have to pay a bond to get released from the ICE facility and deportation and removal proceedings may start under the domestic violence or crime involving moral turpitude. If you are convicted of assault family violence charge you will likely be barred from most forms of relief. If you have been arrested for this type of charge you need to speak to a removal defense attorney who knows both criminal law as well as immigration law before it’s too late. Call 800-528-4044 to speak with a removal defense attorney at Dunham & Jones.

I have been arrested for Possession of a Controlled Substance(POCS), what happens to my immigration status if I am convicted?

If you are here legally and have lawful permanent resident status a drug charge could put your immigration status at risk. Drug charges, such as POCS, can initiate removal proceedings. There are a few exceptions to this, such as Possession of Marijuana for personal use, however it is important to take a drug arrest very seriously as this type of charge is subject to mandatory detention.

If you are undocumented and charged with a drug offense the penalties could be much worse. You will likely be subject to an ICE hold and transferred to an ICE detention facility. Removal proceedings will start, and unless the drug possession is under 30g of marijuana for personal use you may be barred from most forms of removal relief. A removal defense attorney with criminal defense experience can help you navigate these charges. You need to call 800-528-4044 to speak with a removal defense attorney immediately.

This information is also available in: 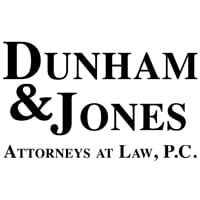